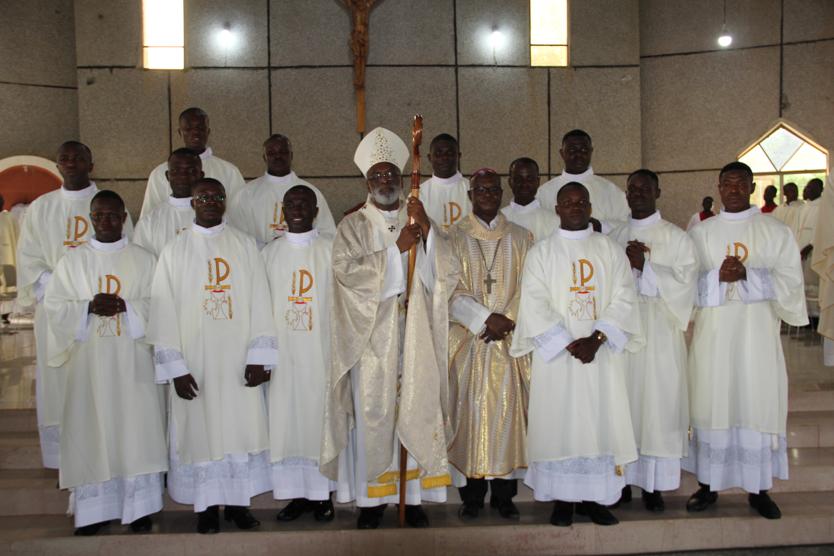 The Metropolitan Archbishop of Cape Coast, Most Rev. Charles Gabriel Palmer-Buckle, has ordained 13 young men into the Order of Deacons with a call on them to be Christ-like in the discharge of their duties. The call was made in his homily at St. Matthew’s Catholic Church, Moree, where he presided over the diaconate ordination Mass with a number of Priests and the Archbishop Emeritus, Most Rev. Matthias Kobena Nketsiah as concelebrants.

The Archbishop in his homily, underscored the important role of the ministry of deacons in the Church as he made reference to the first and second readings of the celebration ( Num. 3:5-13 and Acts. 6:1-7) where the duties of deacons are alluded to. In the Book of Numbers, ‘ the Lord specifically tells Moses to bring the tribe of Levi to Aaron the Priest to be his assistants.’ This, according to the Archbishop, indicates one of the functions of a deacon in the Catholic. Deacons are ordained to assist the Bishop and priests of a diocese as they carry out their priestly ministry. Among other functions of the deacon according to the Archbishop, is a call to service. He told them that they had been chosen to serve the Church and they had to undertake that duty in simplicity, humility and with a heart full of charity.