The Metropolitan Archbishop of Cape Coast, Most Rev. Charles Gabriel Palmer-Buckle has presided over an ordination ceremony in which thirteen (13) young men were ordained into the Holy Roman Catholic Priesthood at St. Teresa’s Minor Seminary, Amisano. The ceremony which was well attended by mainly priests from the Archdiocese, took place under strict adherence to the Covid-19 safety protocols and it was the first time the Archbishop was ordaining candidates since his appointment as the Shepherd of the Archdiocese of Cape Coast.

The Archbishop who could not hide his joy for the bumper harvest of priests into the Archdiocese, expressed his profound gratitude to the parents who had sacrificed their sons to the Church to carry out the work of Evangelisation given to her by Christ. He also paid tribute to his predecessor Most Rev. Matthias Kobena Nketsiah, the Emeritus Archbishop of Cape Coast for the role he played in the formation of the candidates.

In the homily, Archbishop Buckle called on the Ordinandi to reflect on the readings they had chosen for the liturgy which talked about a Call to Discipleship. He said that when God called Elisha, he abandoned everything that gave him life security and accepted to be his prophet. The prophet Elisha, sacrificed his oxen that could have been a hindrance to his total commitment to the work of God and followed the prophet Elijah. So like the prophet Elisha, they should also respond to the invitation of Christ to work in the vineyard with total self-sacrifice. Jesus, the Archbishop said, demands rigorous sacrifice from his disciples and so if they had accepted to be his disciples, then, they should be ready to respond to the call until their death. Discipleship, is a life-time commitment, the Archbishop intimated. He urged them to follow the Lord unreservedly, selflessly and in simplicity of life. He further urged the Ordinandi to live the Evangelical Counsels and always remember that they had been called into the Holy Priesthood out of unmerited grace of God. They should, therefore, carry out their pastoral duties with charity and a high sense of readiness to share whatever came to them with the needy.

The Archbishop charged the parents and the other family members to support their sons in their ministry and desist from serving as obstacles to their call. To the priests in the Archdiocese, he urged that they gave good example to those to be ordained and when necessary, ‘give their cloaks’ to them like Elijah the prophet did to Elisha.

Over eighty (80) priests  and Religious were in attendance with family and friends of the newly-ordained numbering over five hundred (500). 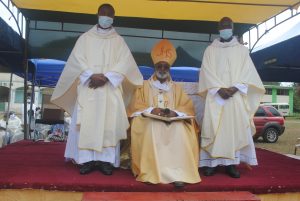 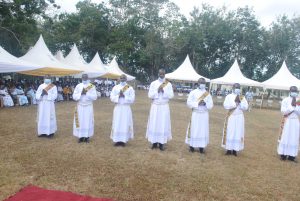 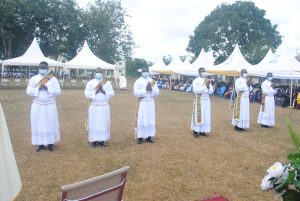 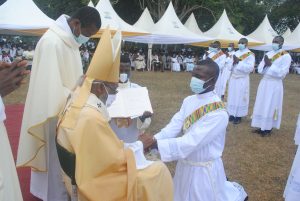 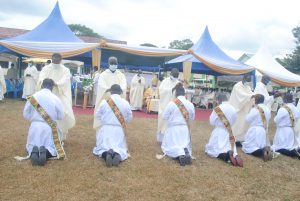 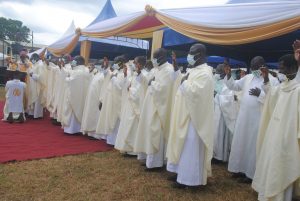 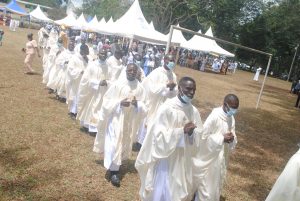 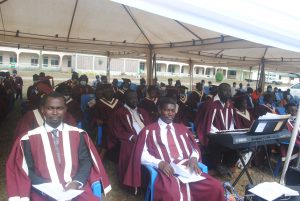 PASTORAL ASSIGNMENTS FOR THE NEWLY ORDAINED,2020