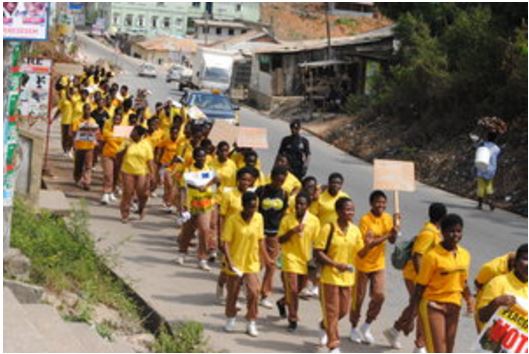 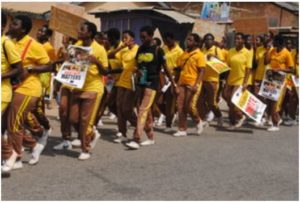 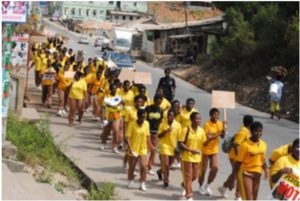 Members of the writers’ club in Holy Child Senior High School, Cape Coast, have added their voice to the call on all Ghanaians, especially members of political parties to ensure that the country continues to enjoy peace before, during and after the December 7 elections. The sentiments of the students numbering over hundred were expressed in a peace walk they embarked on from their school through some principal streets of Cape Coast. The theme for the peace walk was ‘ Holycho for Peace’.  Speaking to the reporter, one of the students, Patience by name, said that they had taken upon themselves to make their parents and guardians aware that as children, they would be the ones to suffer most if anything untoward happened in the country as a result of the elections.

A ceremony has been held at the premises of St. Gregory Catholic Hospital at Buduburam in the Central Region to dedicate a mortuary which had been built by the Archdiocese of Cape Coast. The facility which was put with a loan facility from the Investment Office of the Archdiocese is meant to cater for the dead in around the community according to the Investment Director, Very Rev. Fr. James Essuon. 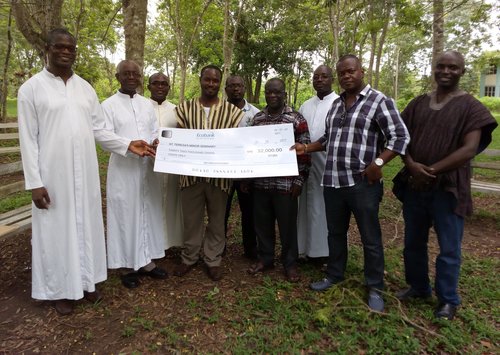 Members of the St. Teresa’s Seminary Old Boys Association, STOBA, for short, have presented their alma mater with a cash donation of GHC32,000.00 as their contribution towards the renovation of an old block to be used as an office complex. The donation according to the President of the Association came from the members of the US branch of the Association who have promised to urge other past students to show their appreciation in terms of donation to the seminary for what they benefited while going through the seminary formation even though they didn’t end up becoming priests.

The Institute of Continuing Formation, ICF for short, located in Elmina in the Archdiocese of Cape Coast, has marked its silver jubilee anniversary with a solemn Thanksgiving Mass presided over by His Excellency, Most Rev. Jean Marie Speich, the Apostolic Nuncio to Ghana. The anniversary Mass which was attended by many Men and Women Religious, was concelebrated by the host Bishop, Most Rev. Matthias Kobena Nketsiah, the Metropolitan Archbishop of Cape Coast and Most Rev. John Bonnaventure Kwofie (C.S.S.P), the Bishop of Sekondi –Takoradi Diocese and many priests as well. 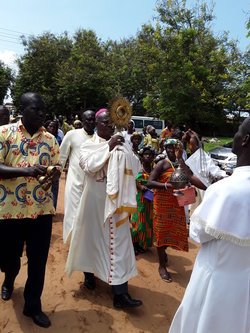 The Metropolitan Archbishop of Cape Coast, Most Rev. Matthias Kobena Nketsiah, has paid a pastoral visit to the St. John the Baptist Parish, Saltpond in the Archdiocese of Cape Coast where he administered the Sacrament of Confirmation to sixty-nine faithful. The visit which coincided with the celebration of the Solemnity of Corpus Christi, was attended by the entire faithful of the parish including the eight outstations under the parish. The Archbishop in his response to the welcome address by the President, Mr. William Kow Ampah, expressed his appreciation for the rousing welcome the parishioners gave him on his arrival. He urged them to show great faith especially in the Holy Eucharist in order to withstand the storm of life that would hit them. Mr. William Kow Ampah on his part, expressed the gratitude of the parishioners to the Archbishop for choosing to visit the parish at such an important Feast as Corpus Christi. He pledged on behalf of the faithful to uphold whatever would be experienced in the three day visit and be good and faithful Catholics at all times. 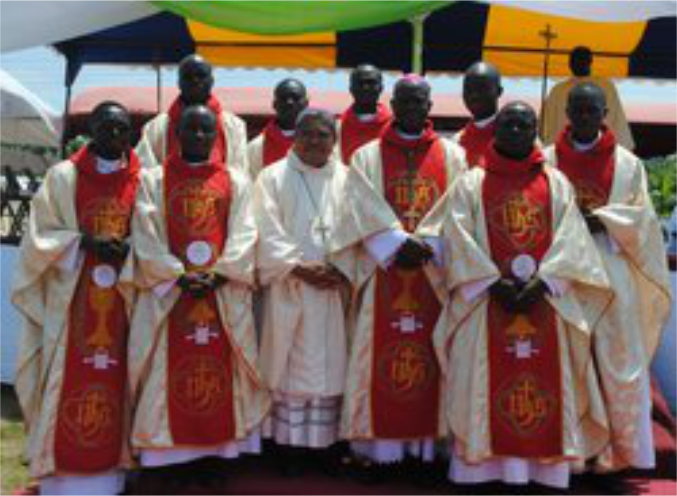 The Metropolitan Archbishop of Cape Coast, Most Rev. Matthias Kobena Nketsiah has ordained eight deacons as Catholic priests at Apam in the Central Region of Ghana. The solemn and colorful ceremony which brought together family members, well wishers, Religious Sisters and Brothers, seminarians and a host of others also had Most Rev. Peter Paul Angkyer and many priests as concelebrants.