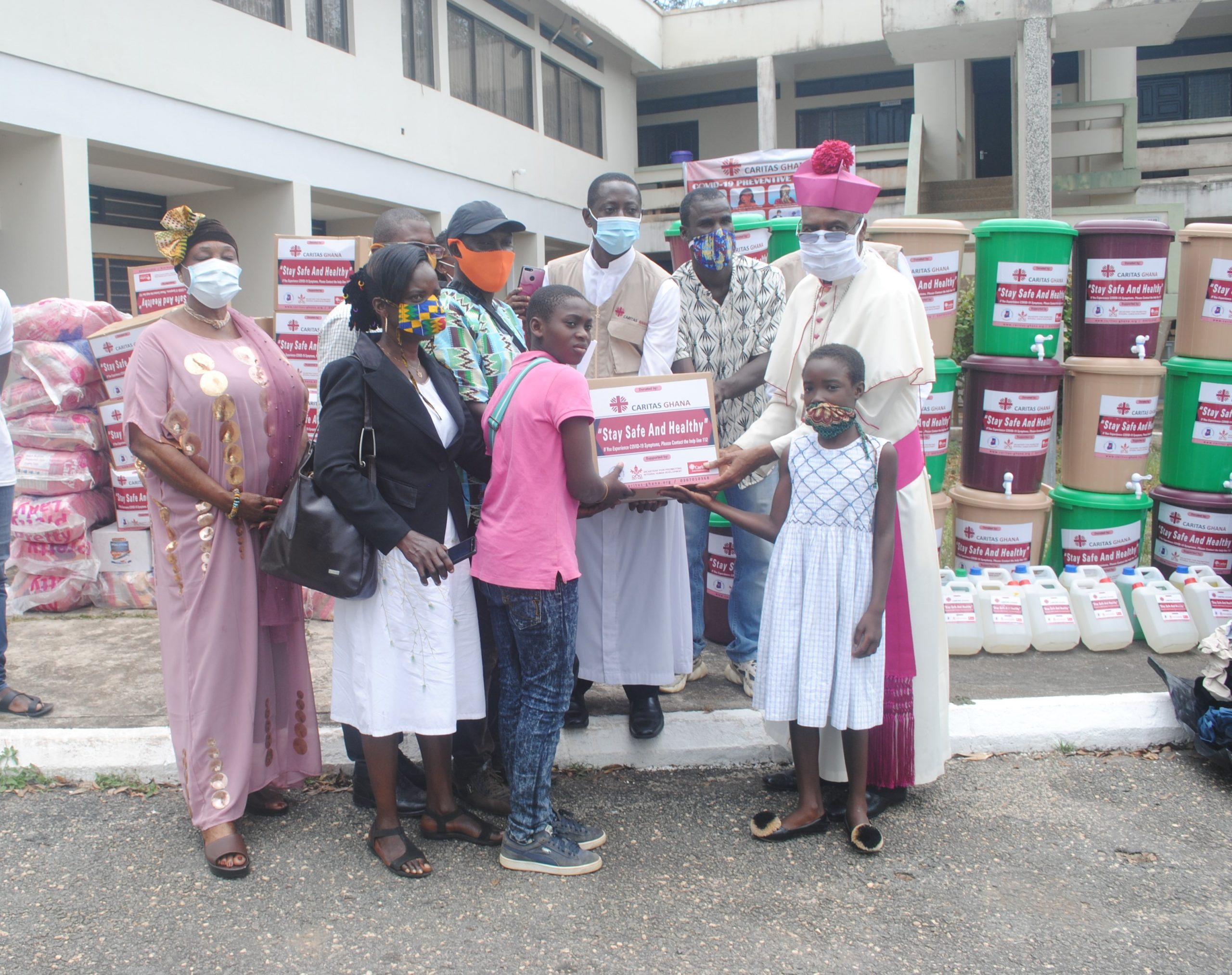 A short ceremony has been held at the Cape Coast Catholic Secretariat during which the Archbishop, Most Rev. Charles Gabriel Palmer-Buckle presented assorted food and other items to some vulnerable people in the Archdiocese as the Church’s contribution to mitigate the harsh  effects of Covid-19 on them.

The Metropolitan Archbishop of Cape Coast, Most Rev. Charles Gabriel Palmer-Buckle has presided over an ordination ceremony in which thirteen (13) young men were ordained into the Holy Roman Catholic Priesthood at St. Teresa’s Minor Seminary, Amisano. The ceremony which was well attended by mainly priests from the Archdiocese, took place under strict adherence to the Covid-19 safety protocols and it was the first time the Archbishop was ordaining candidates since his appointment as the Shepherd of the Archdiocese of Cape Coast.